Xbox has been on a buying spree as they are acquiring new gaming studios that are known for making some of the best-selling games which are all renowned franchises. Their competitors Sony on the other hand first hadn’t bought any studio but Microsoft got Bethesda and Activision Blizzard. The pressure was on Sony as some die-hard fans were losing hope in Sony as they wanted to buy some other gaming studio to tell others why they are the best place for gamers. This question was answered by Sony In July of 2022 when they bought Bungie which is a very renowned company in itself.

Bungie the creators of the beloved Halo

Bungie is a gaming studio that has cemented itself as one of the best gaming studios of all time as they are the ones that made the original Halo games which have been known by all as one of the biggest and the most popular games franchises of all time. It was so popular fact that it became one of the selling points of the Xbox console. After making Halo, Bungie teamed up with Activision for a 10-year publishing deal, and after the contract expired Bungie revealed the company was ending this partnership. Along with this, they would be taking over the publishing rights for Destiny. 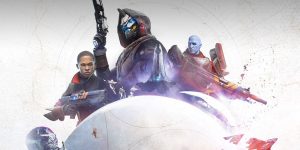 Destiny franchise is a very successful and popular one that has a very huge following and people still play it to this very because of the constant updates that make the game a lot of fun and enjoyable. This model made the company survive independently for a very long time and recently they very bought by Sony who bought them for a total of 3.6 billion dollars. But after the buyout, Bungie revealed that they will still be an independent subsidiary and on top of all this it still is a multiplatform studio up on Sony acquiring it. This is a very direct message that Bungie is out for the fans as it means that all the upcoming titles will most likely be available on every different platform like PC and Xbox.

Even the Boss of Sony, Yoshida said during an interview that he has very high expectations for the company and the reaction they did this was to improve their live game services capabilities as well as be more multiplatform. Moreover, when the announcement for the studio happened, Bungie said that future games and current underdeveloped games will not be exclusive to PlayStation platforms. This is quite a setback for the fans but this could be used in a very different way. 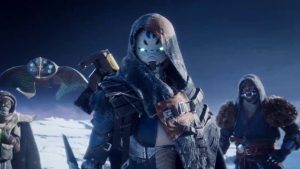 The way is that game will be released by the company as a timed exclusive for the PlayStation and after some time, these games will be available for other platforms which could boost the numbers of players and bring new players to this atmosphere that Sony is building so hardly. If this doesn’t happen then it is most likely that they want to just increase their upcoming to boost their income as a company.